Government Of Assam Department of Tourism

Ambubachi Mela is one of the biggest congregations of eastern India. It is the most important festival of the Kamakhya temple and is celebrated in the month of June every year.

It is more of a ritual of austerities, a festival celebrated with Shakti rites. The belief is that Kamakhya embodies the mother cult, the Shakti. During the period of Ambubachi from the seventh to the tenth day of the Hindu month of "Asadha", the doors of the shrine are closed to all as it is believed that Goddess Kamakhya goes through the annual cycle of menstruation. On the twelfth day, the doors are opened ceremonially and a big fair held at the temple premises on that day.

"Ambubachi" means spoken with water and it also implies that the rains expected during this month make the earth fertile and ready for procreation. Daily worship is suspended during this period. All agricultural work like digging, ploughing, sowing, and transplanting of crops are forbidden. Widows, Brahmacharis and Brahmins avoid cooked food during these days. On the fourth day, Ambubachi being over, household items, utensils and clothes are washed, cleaned and purified by sprinkling sacred waters, worship of Goddess Kamakhya begins after cleansing and other rituals are performed. Entry to the Shrine is considered to be auspicious after this.

The concept of Ambubachi thus has in its origin, formative influences and elements of agricultural, social and religious ideas that have contributed to the emergence of the phenomenon. It is thus symbolic supported by religious sanction.

Kamakhya is also an unrivalled centre of Tantrik worship. There is today a society of Tantrik here who celebrate their important Rajaewari pooja. All their rituals are conducted in secret and are open only to initiates. There are no outward displays of this cult except that one sees people in weird clothing lost in their own pursuits.

Raas is one of the most popular festivals of Assam. It is a religious festival observed by the Hindu community of Assamese society. Raas Festival showcases Bhaona, or traditional dance dramas that depict tales from Hindu mythology. Raas takes place around the full moon night of mid-November, though the exact date changes every year, it is celebrated for three days.

Raas is a part of Neo-Vaishnav culture of Vaishnavite sect of Hinduism which was started by the medieval saint Srimanta Sankardev. He used dance dramas to make the common people understand the glories of Lord Krishna as they were unable to understand the Hindu texts that were written in Vraja language of North India. The glorious past times of the Lord are enacted by the Vaishnav monks of the Sattras (monasteries) established by Sankardev. Monks perform the dances wearing colourful costumes. Some scenes are also performed by the village troupes, children and local musicians. Another interesting aspect of the Bhaona dramas are the use of traditional masks which are made by the monks of Samuguri Sattra of Majuli throughout the year specifically for this event. The classical Sattriya dance can be also seen during the festival. The plays begin in the evening and go on till early dawn.

Many tourists visit Assam during this festival to understand and experience its rich culture. The main centres to enjoy this spectacular festival are the old monasteries in Majuli island, Nalbari and Barpeta. Many pilgrims flock to these places to witness the event. Dance troupes also perform Raas Lila in the cities and towns.

Doul festival is a famous festival in India. Apart from the rest of the country it is also a colourfully celebrated by the people of Assam, specially it is the tremendous occasion for the people of Barpeta.During the “doul utsava” the hearts of Barpetians are overwhelmed with festivity and joy. It is a festival of colour and happiness. Doul festival is a great source of happiness among the people of Barpeta. During this festival the people of Barpeta forget their sorrows and agonies and celebrate this festival with traditional gaiety and enthusiasm. Doul utsava is also called ‘holi’ or ‘rang’.In the month of “phagun” and “Chot” the spring comes, the world is filled with the green leaves of the trees, the flowers bloom, birds used to sin sweet songs, the gentle wind blows with fragrance and everything of this world changed into a different one. And it this sweet moment when Doul Utsava of Barpeta celebrated. 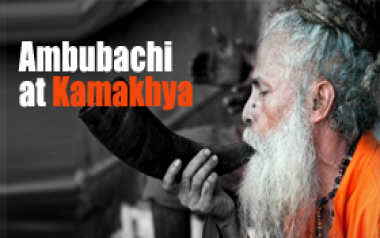